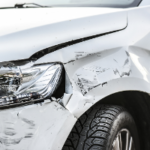 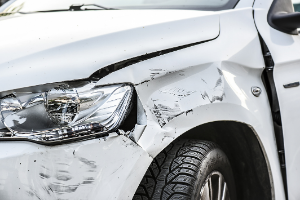 Today’s cars have complicated safety systems as well as sensors and cameras incorporated into bumpers, mirrors, and other exterior parts. If any of these are damaged in an accident, they can be costly to fix.

Which are the priciest to repair and why? Here are four of the most expensive auto body repairs, which are often the parts most likely to be damaged in an accident.

These parts used to be stand-alone pieces of metal that could take a beating before having to be replaced. Modern bumpers now contain backup cameras, sensors, and extra lights that are also often damaged in a collision. In addition to repairing the actual bumper, you may also have to recalibrate the Advanced Driver Assistance Systems, or ADAS, so that all collision avoidance systems are working properly.

A car’s bumper is essentially a cover encasing foam or another material that is meant to absorb the shock of a low-speed, i.e. five mph or less, collision. At higher speed collisions, bumpers, as well as their brackets and any sensors or cameras inside, often have to be replaced. Replacement bumpers can be costly to replace, and that typically doesn’t include any additional fees for repairing or replacing extra lights, cameras, or sensors.

Your car’s safety system includes seatbelts, airbags and safety sensors. Replacing an airbag alone is pricey and can run from $1,000 to several thousand depending on its location in your vehicle. Airbags are part of a safety system that includes impact sensors, a clock spring, inflators and seat belt pretensioners, which lock the seatbelt in a crash.

Safety sensors include backup cameras, lasers, and radars that sense items around a car when backing up, driving or parking. The cost of replacing or repairing a blind-spot monitoring system or rear radar sensor starts around $1,000 and goes up from there.

As headlights have become more technologically advanced, they have gotten increasingly expensive to replace. To replace the bulb alone starts at a few hundred dollars. Cost varies based on whether the bulb is LED, halogen or high-intensity xenon. If any parts of the headlight assembly were damaged in a crash, the cost to repair or replace it can run from several hundred dollars to well over $1,000.

Because mirrors now have sensors, dimmers, heaters, motion detectors and sometimes cameras or lights, the cost of replacing one is expensive. With labor and parts, it’s not unusual for a new mirror to cost as much as $1,500.

Car repairs and part replacements can be expensive, but Bavarian Body Works is committed to getting your car back on the road and in pre-accident condition as soon as possible. Our trained technicians will evaluate the repair and replacement options with you, always with a focus on your safety. Contact us today for more information.